Experience Prague’s Dark Past on A Ghost Tour

Prague, a capital with a history going back tens of thousands of years, was a major regional powerhouse and an integral part of the Roman Empire. Charles IV, a Bohemian monarch and later a Roman Emperor, founded this country’s capital.

We cannot discuss Prague’s history without mentioning its tragic past. Prague has tales, legends, and ghosts thanks to the city’s turbulent past. Additionally, Prague recognizes and cherishes modern-day historical sites associated with tragedy and death during occupation and war.

We have compiled a list of Prague’s main legends and ghost tales. If you’re the type of traveler who enjoys a little eerie history or if you’re looking to fill a short vacation with some spooky sightseeing, consider joining us for a ghost tour in Prague. A weekend spent in Prague’s dark past is hard to beat!

Enjoy Prague ghosts and legends of old town walking tourwith us as you listen to ancient Prague legends when the underground rooms were in use, and imagine what life was like for the city’s residents back then. You’ll also check out the Prague Dungeon, a medieval torture museum, and an execution site.

To say that Prague has a dark past would be an understatement. Haunted hotspots in the Czech capital, the disembodied spirits of Charles Bridge, and the sinister past of Faust House are but a few of the eerie things in Prague. Below, we will discuss the most prominent legends and ghost stories in depth.

Prague legends say Charles Bridge collapsed near where Nepomuk was killed for protecting a secret from King Wenceslas IV.

A youthful stonemason known as Jan repaired Charles Bridge after numerous failed tries. Jan’s greatest efforts couldn’t preserve the bridge, so he was devastated that he couldn’t break the spell.

The devil promised Jan he’d fix the bridge in time for the first soul to pass. Jan didn’t want his commitment to cost anyone’s life, including his own. He wanted a chicken or cat to cross the bridge first.

The floodwaters wrecked Charles Bridge. Everyone stopped fixing the bridge because they thought it was cursed. After finishing, the devil told Jan’s expectant wife that Jan had been in an accident as an ancient stonemason. Jan’s wife crossed the bridge to find him in the market.

Jan’s wife went into labour, and she and the baby died.  Jan threw himself into the river as he wept bitterly.

On any Prague ghost and legends tour, you are sure to hear the story of the Golem, the city’s most famous legend. In the 1600s, anti-Jewish animosity was stoked by Roman Emperor Rudolf II in Prague.

Rudolf II’s reign aimed to unite Austria under the Catholic Church. To that end, Hitler encouraged a period of widespread fear among Jewish people.

By breaking a cardinal rule of Kabbalah, Rabbi Loew made life in order to protect the Jews of Prague.

Rabbi Loew used the true name of God, an ancient family secret, to breathe life into the clay Golem he had sculpted.

Using a religious parchment, Rabbi Loew had the Golem harass the non-Jews of Prague.

Instantaneously, people began pleading with Rabbi Loew to halt the Golem. In return, the Jews of Prague were left alone.

Despite Rabbi Loew’s best efforts, the Golem is still living in the New-Old Synagogue’s basement in Prague.

A Native man from the USA who passed away in Prague and was longing for his homeland is the focus of one of the city’s most terrifying ghost tales.

Around the year 1900, Prague was a hotspot for Wild West shows. It was “normal” to cast Native Americans in villainous roles.

During their time in Prague, one of the  Americans fell unwell. Lung inflammation ultimately proved fatal, most likely due to tuberculosis.

The dying man’s final wish was to go back and be cremated in his native country. On Tvanice Island in Prague, he passed away.

Since he was not a Christian, he could not be buried in any Christian cemetery. Instead, his friends from the Wild West show interred his body in Na Frantiku.

The American’s ghost reportedly can’t leave Prague. When the sun is shining, he can be seen sitting by the river and daydreaming about his hometown.

There is no trace of his burial. Grab a souvenir store bones or his pipe and take it to the Southwest United States, and he can rest easy.

The Iron Knight, at times, termed the Dark Knight, is a famous Prague ghost. Jáchym Berka was indeed a knight in love.

When Jáchym was still at war, rumours of his fiancée’s adultery got to him. When Jáchym came home, he killed her.

The dying woman condemned Jáchym to atone. He became a stone when cursed.

As she requested, he lives as a stone statue, and every 100 years, he haunts Prague, yearning for pardon. A good maiden’s kiss can break his curse.

In once pagan Czech, when so many had embraced Christianity, the Duchess proclaimed her new religion, but secretly, she resumed her Pagan habits. She performed secret ceremonies and sacrificed to Slavic gods at her fortress.

She reportedly forged a contract with the devil to hinder Christianity from spreading. She instructed two goons to strangle her devotedly pious mother-in-law.

She was shunned from Bohemia and escaped Prague by carriage. When they heard church bells ringing, the carriage driver left for prayer.

The devil grabbed her soul when she was defenseless and weak. He dragged her through a fissure beneath the church courtyard into hell.

Often after midnight, the fiery carriage might often be seen close to her damnation site.

As you make your way through the old town’s narrow alleys, you can listen to chilling tales about the unfortunate individuals who continue to haunt the neighborhood and learn their tragic fates.

You will visit numerous spots associated with riddles and legends of the area that have been passed down through the generations.

Also, understand more about medieval torture and view actual weapons of torture by touring a dungeon.

You’ll get a taste of the city’s tumultuous past on a 1.5-hour guided walk through Prague’s narrow streets and winding lanes.

Consider the alternatives. Take an approximately 1.5-hour walking tour of Prague. Discover the city’s history and lore from a guide fluent in Russian, English, Spanish, German, French, and Italian. Hear tales of an unusual city and learn some of its undiscovered lore starting at €19.13 per head.

This interactive 70-minute walking tour will enlighten you about the dark underbelly of Prague’s chaotic history, and it’s safe to say that few European towns can make that claim. Here you will hear stories of murders and mysteries, magic and chaos, and you will be fascinated. Keep an eye on your shadow as you explore bloodstained alleys and streets paved with cobblestones.

If you’re wondering what to do with kids in Prague, it will ease your mind to know that children as young as seven are welcome.

Come Along For A Ghost Tour In Prague.

While Prague’s aesthetic appeal is undeniable, the city’s dark past means it also has a darker side. This city has a long history of macabre legends involving ghosts, the devil, and the afterlife, so tag along as you take Prague’s ghosts and legends of the old town walking tour with us. 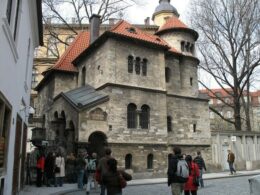 Kafka Prague for the Kafka Fan

A Guide to the Best Day Trips from Prague The price of the Staropramen brewery tour in Prague