The best way to travel From Vienna to Prague

The train is the most convenient and enjoyable way to travel between Vienna and Prague because of how quickly and reliably it gets you there and how beautiful the scenery is along the way.

The high-speed trains linking Vienna and Prague are modern, quick, and comfortable. Traveling between the two cities by train is without a doubt the most convenient option, even when compared to flying or hiring a car.

From Vienna’s Central Station, you may catch up to seven daily departures on the 143-mph capable RailJet trains, one of the high-speed trains on this route, operated by the Austrian Federal Railways OBB, will whisk you to Prague’s Central Station in around 4 hours.

4 Reasons you Should Take the Train from Vienna to Prague

It’s a breeze to travel by train.

There is no easier way to get around Europe than by train, unlike bus stations, which aren’t always situated in the most central places, or airports, which are generally distant from the central city.

Train stations are often located in the city’s central area. They are conveniently linked to each neighborhood through public transportation.

Amenities aboard are plentiful.

Economy class, First class, and Business Class are the three tiers of service available to you. Each one has temperature control, comfy, supportive chairs, power outlets, and free Wi-Fi for the duration of the journey.

You can buy food.

You’re welcome to bring your own snacks and beverages to enjoy during the train ride.

Based on the weekday, the Vienna to Prague train’s schedule offers as many as seven daily departures, making it incredibly handy and comprehensive. Despite the numerous train schedules to choose from daily, summertime in Europe is the peak travel time, and many routes, such as the train tickets from Vienna to Prague, sell out rapidly.

Not only may you take advantage of the fast train options along this route.

The top five ways to get from Vienna to Prague

Traveling between the two cities is simple since there are only 350 kilometers between them. Getting from Prague to Vienna is easy, as there are several options. It’s possible to have chlebicky for your morning breakfast in the capital of Czech and Wiener schnitzel at lunchtime in Vienna.

The bus is the most cost-effective option for getting from Vienna to Prague. It takes at least 4.5 hours for a bus leaving Vienna’s Erdberg bus station to get to Prague’s UAN Florenc bus terminal. The earliest bus leaves Vienna for Prague at 5:40 a.m., and around 20 buses total to make the trip daily. Flixbus, Eurolines, Hellö, and ArdaTur are just a few companies providing buses between Vienna and Prague.

The quickest route from Vienna to Prague is via airplane. After a 50-minute flight, planes departing from Vienna International Airport land at Prague’s Václav Havel Terminal. When you add in the time it takes to get to and from the airport terminals in both Vienna and Prague, flying is still the quickest option. Austrian Airlines operates Five direct flights daily between Vienna and Prague, with the earliest departure time being 4:45 a.m.

From Vienna to Prague is a bikeable distance, provided you have your own wheels. This path is a section of the Greenways track, which is among the most well-known and established bike paths in the Czech Republic.

In totality, you’ll cover approximately 400 kilometers and climb nearly 4,500 vertical meters; however, you’ll be awarded with a few of the most stunning panoramas in the Czech Republic, particularly in its southeastern region. Stop frequently along the journey as you’ll pass some great attractions like Tabor, Znojmo, and Mikulov, several of the most beautiful towns in the Czech.

You can even stop by Old town and take in some of the gothic architecture, including the Church of our Lady before Tyn, Prague castle, and the Charles bridge.

You’ve got a ton of spare time on your hands, but you dislike cycling and still wish to see the sights. So why not just take a stroll from Prague to Vienna? You’ll need at least two weeks to make this trip, and the uphill sections can be exhausting, but the experience of seeing these beautiful landscapes and visiting these little communities will be well worth the effort.

If you are traveling to Prague by vehicle or renting one, the journey from Vienna by vehicle is fairly comfortable. The highways connecting both capitals are excellent, and the journey is very pleasant. You can cross 333 kilometers in much less than four hours.

It is important to remember that Prague and Vienna are large cities that may have traffic jams while entering or leaving.

Make the Most of Your Next Trip From Vienna to Prague!

Cities like Prague and Vienna shine as brightly as any in Central Europe. These cities are must-sees on any European vacation because of their beauty, sophistication, and unique attractions. After going through our article, you now know the most efficient method of getting from one to the other.
We have compiled some useful information to help you on your travels from Vienna to Prague. The guides answer all the important questions so you can make the most of your trip. 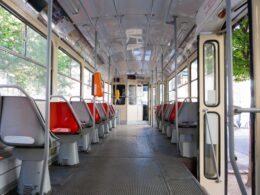